Both times I’ve been pregnant, I’ve felt conflicted about exercise. On the one hand, I was often tired and nauseous; napping felt way more appealing than sweating. On the other hand, I wanted to do what was best for my baby and ward off extra pregnancy pounds. So I began hunting for the perfect prenatal workout. I tried what felt like everything — elliptical machines, yoga, power walking and even weightlifting, which elicited a number of concerned comments from gym-goers to “take it easy.” 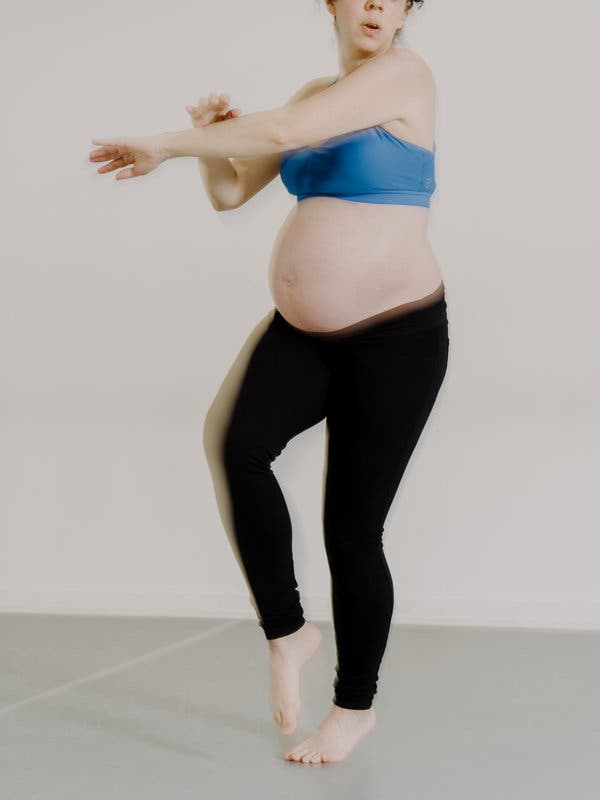 According to Dr. Margie Davenport, Ph.D., director of the Program for Pregnancy and Postpartum Health at the University of Alberta in Canada, the belief that it’s dangerous to exercise during pregnancy is common — but it’s wrong. “We recommend beginning exercise or continuing to exercise as soon as you become pregnant,” she said. In most uncomplicated pregnancies, exercise is safe and tied to a reduced risk for many complications including excessive weight gain,gestational diabetes, preeclampsia, back pain and depression. For anyone worried about the safety of exercise during pregnancy, like those judgey gym-goers, Dr. Davenport and her colleagues recently published a systematic review in the British Journal of Sports Medicine, which analyzed 46 studies, and concluded that prenatal exercise does not increase the risk of miscarriage or death of the fetus.

The research I consulted, along with the obstetrician and maternal-fetal medicine specialist I talked with for this guide, agreed with Dr. Davenport: In most circumstances, exercise is good for both mom and baby, although there are important things to keep in mind.

Understand the differences between safe and unsafe exercise.

Most of the time, exercising during pregnancy is safe, but nevertheless “it’s really important that women speak with their health care provider to see if they have any contraindications, or medical reasons that they shouldn’t,” Dr. Davenport said.

Understand the differences between safe and unsafe exercise.

Most of the time, exercising during pregnancy is safe, but nevertheless “it’s really important that women speak with their health care provider to see if they have any contraindications, or medical reasons that they shouldn’t,” Dr. Davenport said.

According to the American College of Obstetricians and Gynecologists, women with certain health conditions — including certain heart or lung diseases, cervical issues, pregnancy with multiples, persistent bleeding during the second or third trimester, preeclampsia or anemia — shouldn’t exercise while pregnant at all.

ACOG’s guidelines also note that if you have certain conditions or habits, such as heavy smoking, high blood pressure, overactive thyroid or are morbidly obese or underweight, consult with your doctor before exercising, because the benefits of exercise may not outweigh the potential risks.

Recognize how exercise can help you.

Exercising during pregnancy isn’t just about keeping off extra pounds (although it also does that). According to a recent review published in the British Journal of Sports Medicine, pregnant women who exercised in various ways had about a 40 percent reduced risk for gestational diabetes, gestational hypertension and preeclampsia. Studies also suggest that women who exercise during pregnancy are less likely to become depressed and develop less severe low back and pelvic pain. Regular exercise can help with labor and post-delivery recovery, too, by reducing the odds of having an instrument-assisted delivery — a delivery in which forceps or a vacuum device is used — and lowering the risk for urinary incontinence after birth.

Take precautions before and during exercise — and avoid risky types.

To reduce the chance of developing low blood sugar, you should eat before exercising, said Dr. Raul Artal, M.D., a professor and chairman emeritus of the department of obstetrics, gynecology and women’s health at the St. Louis University School of Medicine. Smoothies, fruits, nuts or whole-grain crackers are good choices. Drink water to stay hydrated, too, and don’t exercise outdoors at temperatures above 90 degrees. That’s because heat stress in the first trimester, such as from saunas and hot tubs, has been linked with birth defects of the brain, nervous system or spinal cord. According to recent research, though, exercising when it’s not really hot out does not increase core body temperature enough to cause problems. In fact, research suggests that exercising during pregnancy is linked with a reduced risk for neural tube defects.

Choose activities you can do regularly.

“Oftentimes, women think that exercise means going to a gym, and it doesn’t,” said Dr. Diana Ramos, M.D., M.P.H., an obstetrician and medical director for reproductive health at the Los Angeles Public Health Department. “It’s as simple as walking.”

Other activities ACOG recommends include swimming, stationary cycling, yoga, pilates and low-impact aerobics such as jogging and pool aerobics. What’s most important is that you choose an activity that you’ll be able to do regularly. My favorite prenatal workout ended up being one I did in my basement — where I was conveniently shielded from intrusive bystanders and just a few steps away from the essential re-fueling station (aka my kitchen).

ACOG’s guidelines recommend that pregnant women exercise for 150 minutes a week, or about 30 minutes a day, five days a week. They caution against exercising for more than 45 minutes at a time because doing so can increase the risk for low blood sugar, which can make you lightheaded or dizzy. If you didn’t exercise much before you got pregnant, or you are obese, it’s O.K. to start with as little as 10 minutes of activity a day and “build it up at a rate that is going to be sustainable,” Dr. Davenport said. Dr. Davenport also pointed out that some activity is better than none at all — exercising for fewer than 150 minutes a week still provides some benefits.

Aerobic exercise, such as jogging, is safe for women who were active before they got pregnant. Guidelines recommend that women be able to pass the “talk test,” meaning they can carry on a conversation while exercising. More intense exercise may also be O.K., but Dr. Gregory Davies, M.D., a professor and chair of the Division of Maternal-Fetal Medicine at Queen’s University in Canada, pointed out that very little research has been done to address this question. “Most, if not all, our knowledge about safety and pregnancy benefits is based on research protocols that reflected moderate exercise, at most,” he said. The same goes for strength training, so if you’re going to lift weights, don’t overdo it. A 2015 trial found that pregnant women can safely lift 10 pounds or less, but studies haven’t evaluated the safety of heavier weight-lifting.

Remember that your body is changing.

During pregnancy, a woman’s joints become more relaxed, so it’s important not to overstretch, Dr. Davenport said. It’s also wise to avoid activities that require jumping or quick directional changes, which can stress the joints, too. Balance becomes less stable after the first trimester, which is why it’s also important to avoid activities that require careful balance, such as skiing. To stay safe, invest in supportive shoes — don’t go for your daily walk in flip-flops — because “you really need the right support for your feet,” Dr. Ramos said.