There is a general consensus amongst fitness enthusiasts that if an individual wants to stay healthy, they need to walk about 10,000 steps a day. People across the globe have accordingly been adjusting their target of daily steps on fitness trackers to this number. Scientific studies based on fitness have also been conducted to check the validity of the claim that walking 10,000 steps will ensure good health. How did this belief come into being? Is there any truth behind it or is it just another myth? 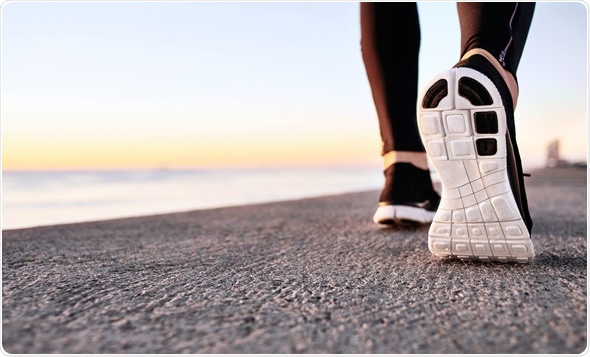 When Japan was preparing to host the 1964 Tokyo Olympics, there was an increased focus on fitness in the general Japanese population. An awareness had begun to spread about the fact that regular exercise was a good way to fight against lifestyle diseases such as hypertension, diabetes and strokes. It was also the best way to fight obesity, which was fast becoming an epidemic. The simplest exercise was walking – anyone could do it, no special equipment was needed for it And neither was any coaching or training.

The modern pedometer was introduced to the Japanese marketplace at roughly the same time. It was a simple gadget that could be worn around the waist and would calculate the number of steps walked. This gave an individual a good idea of the distance they managed to cover. This was fortuitous for the health conscious public who wanted to stay fit and use walking or jogging as their primary exercise tool. Needless to say the gadget sold quickly as people began keeping track of just how many steps they were walking each day.

Manpo-kei, which literally means 10,000 steps in the Japanese language, became the rallying slogan for these dedicated walkers. Many Japanese walking clubs swung into existence and Manpo-kei was the minimum that they were expected to walk. Gradually the concept of walking 10,000 steps moved from the Japanese public to health conscious walkers around the world. Today most fitness experts will use Manpo-kei as the basic fitness goal for a regular exercise regimen.

The Department of Movement and Sports Science of the Ghent University in Belgium conducted a study on the validity of increased physical activity helping with improving overall health for an individual. The study was conducted in coordination with the School of Human Movement Studies, at the University of Queensland in Brisbane, Australia. The aim of the study was to determine if 10,000 steps per day truly helped the health of the participant.

During the years 2005-06 about 866 participants underwent the 10,000 steps per day fitness plan. Their progress was tracked by the researchers with pedometers, physical activity questionnaires, an activity log and a questionnaire related to the awareness of the project. There were people who were looking to improve their general state of wellbeing and others who were at risk of chronic diseases such as obesity, type 2 diabetes, cardiovascular diseases and osteoporosis.

The intervention was highly successful for the participants who were able to complete the daily 10,000 steps challenge. Nearly half the participants managed to complete the challenge successfully. They felt they were in better health and there was an overall sense of wellbeing. However when a follow up study was performed four years later, it was found that the positive intervention effect was not sustained.

Only half of the original participants were available for the follow up study. Amongst them there was a considerable step count decrease across the board. Some of this is attributed to ageing however most participants reported a sharp drop in physical activity with each subsequent year. The lack of socio-ecological interventions such as a feeling of community and general awareness in the public about the study reduced the motivation of the participants. While the study proved that walking 10,000 steps was beneficial, the fact remains that exercise only helps if it is a regular habit.

Any individual will benefit from regular physical exercise. The 10,000 steps or Manpo-kei is not a hard and set requirement. A person who regularly walks 6,000 steps a day will also stay healthy. It is important to set a target for fitness which meets the needs of the individual. One that the individual will commit to and stay motivated to complete. Even a person who walks 4,000 steps a day, but does so every day, will stay healthy.

Studies which demonstrated the 10,000 steps requirement used pedometers which were worn on the waist whereas most of the new fitness trackers are worn on the wrist now. This means that a lot of extra movements may have been picked up by the sensors from daily life which are not related to steps. For instance, household chores such as sweeping the floor or doing the dishes may have inflated the daily step count. This is a factor which must be considered when setting fitness goals.