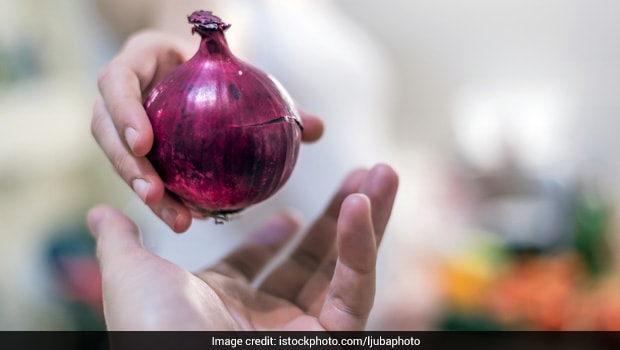 Every culture and country has its own stock of old wives’ tales which often find their way into the modern world by word-of-mouth. We either justify these ancient beliefs with some logic and offer these as remedies and ‘quick-fixes’ to others we know, or dismiss them as mere myths that have no place in a world where scientific proof reigns supreme. One such belief that some of you may have heard being voiced in your households is that carrying an onion around in your pockets is a healthy practice during summer season. You might have probably been told by an elder at home to carry an onion bulb around with you every time you head out in the sun, to protect yourself against heat stroke. But does this belief have any merit at all?

For people who aren’t familiar with the belief, it may seem like a completely bogus remedy for sun stroke. But there is genuine curiosity about whether this ‘trick’ works against intense heat. There are several threads on Quora where people have posed various questions around the same belief: 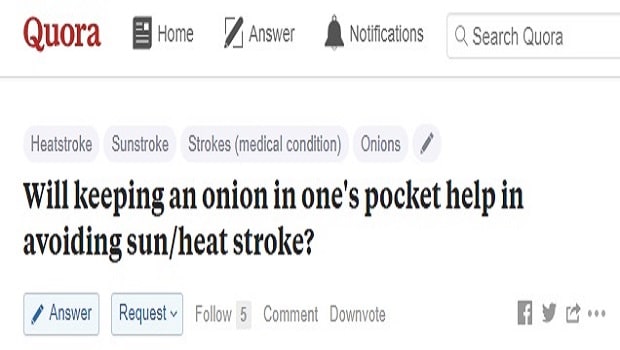 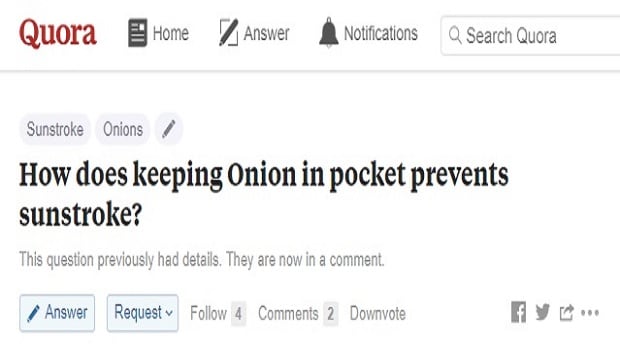 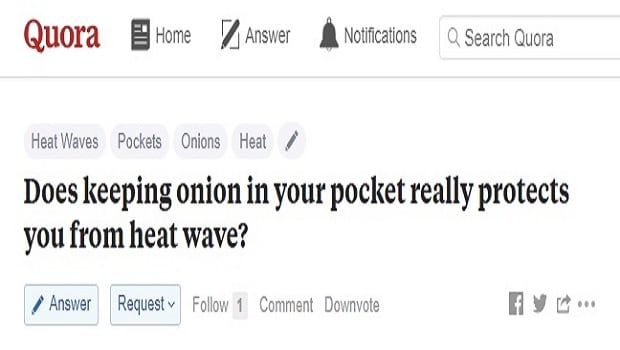 Does carrying onion in your pocket effective against heat stroke? Image Credits: Quora

While we contemplate about whether or not the onion is effective against sun stroke, let us first look at the health benefits of eating onions in the summers. Onions are believed to have several health benefits when consumed raw during the summers. Red onions, which are the most commonly available variety in India, have a compound called quercetin, which acts against histamine. Histamine is the cause behind heat rashes and reactions to insect bites and quercetin has anti-histamine properties. Moreover, raw onions may also have a positive effect on your immunity, thus preventing the risk of contracting diseases. The juice from onions is also recommended for consumption as well as external use during summers, to treat heat stroke and soothe sun burns, respectively.

So now that we’ve established that consumption of onions is healthy during the summers, let us establish whether onions are as effective against heat stroke, as is believed. Addressing this practice of carrying onions around in pockets during summers, Ayurveda expert Dr. Dhanvantri Tyagi said, “In earlier times, there weren’t any proper means of transport and people had to often walk long distances. That’s why they were advised to carry an onion in their pockets. Onions have volatile oils which are helpful in regulation of body temperature.” However, Dr. Tyagi says that the practice must not be taken at face value and is merely symbolic. He adds, “The belief may stem from the fact that onions are very beneficial for consumption during summers and must be eaten regularly during the season.” 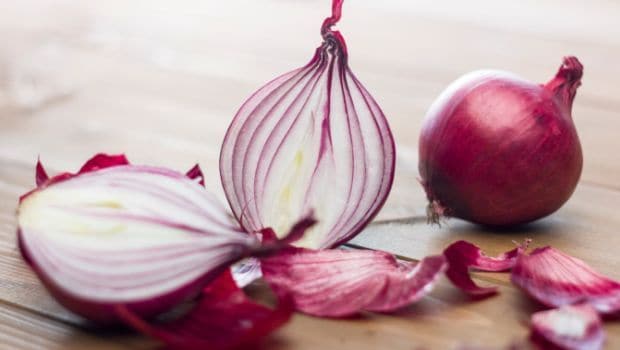 Daily consumption of onions is recommended during the summer season.

Dr. Tyagi recommends adding raw onions to your salads and cooking them in your sabzis. “In some villages, people still apply onion juice on the soles of their feet during summers. However, there is no scientific base to any of these practices”, Dr. Tyagi said, while reiterating the health benefits of daily consumption of onions during summers. Another Ayurveda expert Dr. Ashutosh Gautam echoed the views of Dr. Tyagi, saying, “Eating onions may replenish the electrolytes in the body, as they are rich in potassium and sodium.” He said that raw onions are also effective in triggering release of digestive juices for proper digestion.

Carrying an onion around in your pocket during summers will not serve any purpose, except drive people away from you, due to the smell it may generate. However, regular consumption of both raw onions and raw onion juice may certainly prove to be a healthy practice during the summers.